Adventures of Potli Baba by Nabila Tazyeen is licensed under a Creative Commons Attribution-NoDerivs 3.0 Unported License.

Latest on the blog.

Skip to content
Press Enter / Return to begin your search. 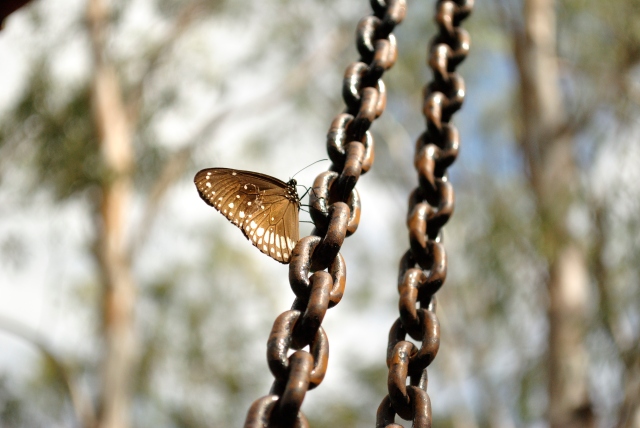 What makes some of us travellers? I prefer to believe that it’s genetic, even hereditary, although this may be an exception rather than a rule. Back in the day when I was a youngling and my grandfather was a civil engineer with the Indian Railways, he used to take us all on impromptu holidays at least once a month.

My earliest travel memories are associated with him and his white Fiat, the only car number I remember to date; as an only grandchild (then), I would be squished between my aunts and mother or sitting daintily on someone’s lap, concentrating all my weight on my little hands resting on the front seat rather than the lap of the person on whom I was sitting. Many wonderful years passed exploring Karnataka and the surrounding states. Drives down to Hyderabad, spotting foxes crossing the road near Baba Budangiri Hills, buying melons fresh from the river from farmers by the river bridge, picnicking under a massive tree by a random stream in the middle of nowhere, exploring fields of sunflowers… my grandfather had us experience it all.

The older he grew, the fewer holidays we took. By the time he passed away, travel was not a conscious ‘thing to do’ in my life. Yes, there was the occasional holiday from college or work, but never a burning passion to go see places and meet new people. It took a few more years for the dormant gene to stretch awake. Since then, there’s been no looking back.

I like to believe that this itch to travel is something I’ve inherited from my grandfather, a legacy of sorts that I’m carrying forward and that I will hopefully pass on to coming generations. That’s why this post is dedicated to him – the greatest traveller I have known and the man who introduced me to the abundant pleasures of travelling. Oh, and food.

I started my holiday with Gulbarga, a bustling town in North Karnataka, close to the Maharashtra and Andhra Pradesh borders. Also known as Kalburgi, the town was a major pawn in the game of thrones, changing hands with every passing dynasty. There are decent-sized medical and engineering colleges in and around the town with students coming from all over to study, and yet the place has been culturally untouched by time. Traces of the old world remain in every facet of people’s everyday lives, in what they eat, wear, think and talk.

As a tourist place, Gulbarga doesn’t have much to offer. The Khwaja Bande Nawaz Dargah – a shrine built for a great believer – is one of the main attractions of the place. Legend has it that wishes asked for here are granted in no time at all, so people of all religions and from all walks of life can be found here. Gulbarga also has its own fort, but I was discouraged from going there because it’s ill-maintained, dirty and a place where youngsters go for a little private time away from prying eyes. By implication that means that a ‘good girl’ should not be spotted anywhere around the area.

I did manage to binge on local cuisine, though. Jolada roti, pathar gosht (meat cooked on stone slabs) and susla (a dish made out of puffed rice).
The best thing about Gulbarga is that it has many historic places around it that can be seen in a day. Bidar is one such location.

A one and a half-hour drive from Gulbarga, Bidar promises a peek into life during the Bahmani Empire, and delivers on it. I vaguely remember visiting the town when I was much younger (and crawling through secret passages that even my limb won’t go through anymore), but I don’t remember being so moved by it. Getting affected by ruins is a phenomenon I cannot explain, but I find my peace in the midst of the rubble of forgotten dynasties.

Despite its state of despair, the fort is beautiful and commands a fair bit of land as its own. I managed to get the resident ASI authorities to let me in to see parts of the fort that are being restored and was blown away by the skill and precision of the craftsmen back in the days. The architecture is different from any of the forts I have seen across India – I’m told its modelled on Turkish palaces and stands mossy and stark against a scorching sky of blue and sunshine.

You could spend an entire day just sitting under the shade of the walls that seem to touch the sky, or walk around exploring the many mini-palaces inside the fort. But I’d recommend you leave some time for the other attraction of the place – a school that was struck down by the wrath of God.

So this is how the story goes: a man of God, Khwaja Mahmud Gawan built a madrasa – an Islamic school of sorts – and proclaimed that this was the greatest structure in the entire world and that nothing could bring it down. No sooner were the words out of his mouth than a bolt of lightning struck the school down. I’m not sure about the casualties, but the Khwaja’s ego sure must have hurt like hell. Of course, the ASI board there will tell you differently – a gunpowder explosion caused a good chunk of the structure to collapse. One can still see the remnants of the fire.

Visiting Gulbarga and Bidar has whetted my appetite for exploring more of Karnataka. I realised that there’s so much to see, but I’ve been fascinated by so many places for so long that my own state has taken a bit of a backseat. So here’s to starting the new year with a new hope – that I can explore more of my own state in the coming months.

Getting there: Gulbarga is accessible by road and rail. There are many buses and trains to Gulbarga every day. Bidar can be accessed by car or bus, but I’m not entirely sure about trains.

Go if: You like history, want to experience life in towns, need a break from urban living and are the ‘I like local foods when I travel’ types.

Published by The Nebulous One

Wordsmith. Wanderer. Mother Nature's child. Novice photographer. Expert nothing. I write about my travels on www.adventuresofpotlibaba.wordpress.com. View all posts by The Nebulous One

9 thoughts on “Going back in time: Gulbarga and Bidar.”